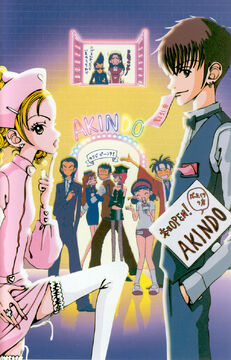 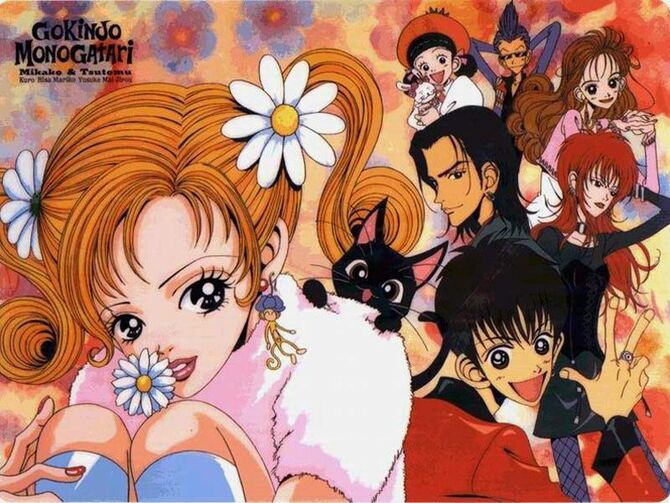 Meet the members of Akindo 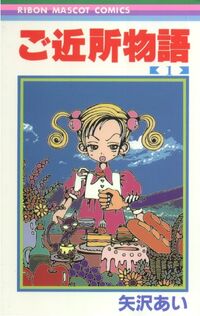 Gokinjo Monogatari (ご近所物語, lit. Neighorbood Story) is a Japanese manga series by Ai Yazawa. It was previously serialized in Ribon from 1995 to 1997, and published by Shueisha into seven volumes. The manga was reprinted in 2005 featuring different covers. The story centers around Mikako Kouda and her friends, they all go to Yazawa School for the Arts and start a group called Akindo together.

A fifty-episode anime series was adapted from the manga and followed by a short film that retells the beginning of the story. Also a series of light novels titled, Gokinjo Monogatari: Fashionable Love Story were published from 1995 to 1998, and an artbook, Welcome to the Gokinjo World in 1997.

Characters from Tenshi Nanka Ja Nai make cameos in Gokinjo, most notably Ken Nakagawa, who looks strikingly similar to Tsutomu. Yazawa's later work, Paradise Kiss continues the story of Gokinjo Monogatari, but can also be considered a stand-alone sequel. Many characters such as Mikako and Tsutomu reappear, and other characters like Miwako Sakurada are focused on more. Read more...

All pages can be edited and you are welcome to join us and contribute to this wiki. Everyone is free to create a new page or edit an existing one. If you have any questions about the wiki or helping out, you can ask one of Gokinjo Monogatari Wiki's administrators. 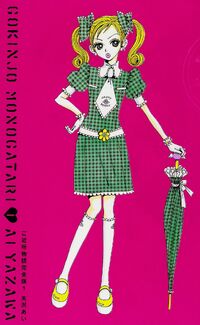 Mikako is a main heroine of Neighborhood Story (Gokinjo Monogatari), manga by Ai Yazawa which also was adapted as anime series, movie and drama CD. Mikako made her debut in 1995. Starting from September 19, 2005, Gokinjo Monogatari had being republished.
She is very passionate, stubborn and ambitious student at Yazawa School for the Arts. Mikako is very inspiring character, who has a goal in life and who is determined to reach it. She dreamed to become fashion designer since childhood, but what about her growing feelings to her next door neighbor Tsutomu Yamaguchi?
Mikako is also admirable older sister of Miwako Sakurada in sequel Paradise Kiss.

Community content is available under CC-BY-SA unless otherwise noted.
Advertisement